What should Jamie Oliver read next?The chef, who has dyslexia, has just finished reading a book for the first time. Now he needs some tempting new titles for his reading menu … 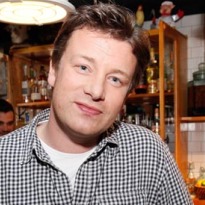 Jamie Oliver is 38 years old, the “author” of 17 big books, and has just, for the first time, having severe dyslexia, read a book all the way through from beginning to end.

One’s first reaction is that his publisher, currently Michael Joseph, must have more ghosts roaming its corridors than the Tower of London. One’s second is that Jamie is the bravest of chefs. Dyslexia is a lovely word for a horrible condition. It is lifelong, life-depriving, and for those who have it deeply shameful. “Can’t you read!” bellows the world. No you can’t. And there is no cure for it.

Whether the condition is mild (as with Ernest Hemingway, who often misspelled his own name) or disabling, it is a curse. But in its way, odd. It’s only very recently that psychologists, such as Maryanne Wolf (inspired by her own child having the condition), have investigated the creativity of the dyslexic brain (the discoveries are outlined in her delightfully entitled Proust and the Squid). More interestingly, people who have dyslexia – such as Hemingway and Jamie – are often high achievers.

Oliver has GCSEs and an NVC to his name. He must have been smarter, and more cunning, than the average cook, to have made it to celebrity status in a field where words (in recipes) matter vitally. What next for him, then, on the reading recipe? There is good fiction about cuisine, but oddly little of it. Top of my list would be Isak Dinesen’s Babette’s Feast and John Lanchester’s The Debt to Pleasure.

These, given that Jamie’s current interest is teen fiction (the book he just read was Catching Fire, sequel to The Hunger Games), may be too heavy. How to keep him in the reading game? One can compose a tempting menu.

To start, a couple of antipasti, from the poets. Howard Nemerov’s witty kitchen haiku, for example:

The chicken contributes,
But the pig gives his all.

Then to get the saliva flowing, Seamus Heaney’s rhapsody on the succulent oyster:

Our shells clacked on the plates.
My tongue was a filling estuary,
My palate hung with starlight:
As I tasted the salty Pleiades
Orion dipped his foot into the water.

First course? I’d suggest the whimsical Pomegranate Soup, by Marsha Mehran. Main? Go gothic with Dr Lecter’s home-cooking in Hannibal, in which he serves up deliciously sautéed slices of the diner’s own brain. Yum. And to finish? An amuse bouche, I think; say Tamar Myers’s The Crepes of Wrath. Bon appetit, Jamie.