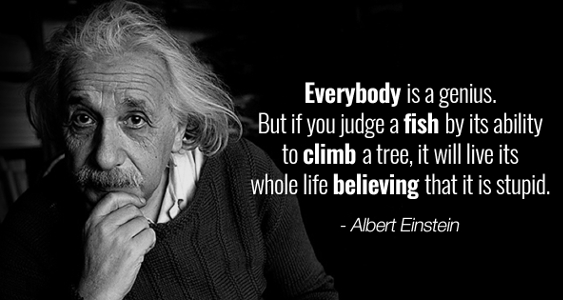 The benefits of an assessment are several. First, it gives an understanding to the child that they have a specific problem and are NOT, as they often suspect stupid or lazy. This may be all they need to tackle their difficulty. An assessment gives the parents relief and hope – they always knew there was something wrong but couldn’t put their finger on it! Now they have a clear plan for remediation and hope.

The same applies to teachers – identification of a particular weakness means that that area can be targeted either in the class room or by the Special Needs Co-ordinator who will usually compile an Individual Educational Plan identifying and simplifying the main findings of the assessment.

An educational assessment is often called by teachers who become concerned over problems they may observe in a child’s learning. The initial concerns may be brought up at a parent/teachers meeting, and will be reflected in the child’s reports. Or, sometimes it can be the parents who are concerned over the child seeming not to progress in reading, writing, maths, the ability to concentrate or make friends like other children their age. They may raise their concerns with the teacher who reassures them that their child will catch up but they find that as time goes on the school problems increase and the child becomes more stressed.

Depending on the seriousness of the learning problems the school may turn to the Local Education Authority to ask for an assessment of the child. However, it is increasingly the case that there are not enough educational psychologists employed for a child with any sort of special need to have an assessment provided by the state, and parents are asked to turn to independent psychologists to identify any learning problem.

The problems that are observed will almost always fall into one of four categories:

Weak reading, spelling or writing – often accompanied by numeracy problems
Weak motor skills, especially fine motor skills that affect writing and written expression
Lack of attention/concentration/memory sometimes with consequent behaviour problems
Difficulty in socialising, often upset over minor things
These are assessed by a measure of cognitive ability (the most validated and standardised test is The Wechsler Intelligence Scale) which is a variety of problems for the child or adult to solve. These are split into verbal problem-solving intellectual ability and non-verbal or visual spatial intellectual ability. The problems to solve in the verbal scales are knowledge of vocabulary, abstract verbal reasoning general information and knowledge of the world around – like social conventions or how things work. The people who are skilled at verbal reasoning are people who use words to make their way in the world – lawyers, teachers, actors etc., while the visuo/spatial reasoners tend to come from the world of architecture, engineering, building/plumbing, art and design, interior decoration and fashion, among others. So this is basic I.Q. which is brain based and presumed not to change much over the years. Two other scales on the Wechsler I.Q. scale are working memory and speed of processing. Working memory is a sort of “blackboard of the mind, where mental “post it” notes are stuck while working on the main part of the problem. People can have a good level of intellectual ability but a poor working memory – that means trouble at school, with the teacher exasperatedly saying “I told you that yesterday and the day before”! It means reinventing the wheel – or having to go through the information again because you can’t remember what you worked out before. Then speed of processing is a set of scales that assesses how fast and accurately hand and eye can coordinate to copy symbols. So it is highly related to handwriting – slow speed of processing will usually mean slow writing and erratic letter formation – again a problem in school.


The assumption of I.Q. tests are that if the child or adult has an average or above I.Q. there must be some reason for their failures in developing normal levels of literacy, numeracy, attention, behaviour or social skills. For Dyslexia literacy, timed and untimed is tested and any discrepancy accounted for by inadequate (usually slow) sensory processing of auditory of visual information. In Dyspraxia the lack of coordination will usually be observed in the gap between verbal and non-verbal intellectual ability – or the gap between thinking and doing, especially writing. In attention problems the signs will show up first in school reports (must focus more/stop distracting others etc) and at home in the battle to get the child down to some homework. The discrepancy here will be between intellectual ability and tests of attention, usually computer based. Asperger’s children often do very well academically, although they too will be minimalist writers. They assessed through structured interviews with the parents that look at social, language, sensorimotor and maladaptive cognitive development.

What is an Assessment

An educational report, assesses learning potential through a variety of verbal and non-verbal problem-solving tasks, known collectively as I.Q.

This is then compared to attainment levels in literacy and numeracy and any discrepancy accounted for by inadequate sensory processing, short-term memory deficits or other physical/emotional problems. The current consensus of opinion is that is the slow processing of visual, auditory and kinaesthetic information that is the ultimate causation of the phonological, visual and motor difficulties behind all specific learning difficulties.
Ref; Witton C. Talcott, Hansen, Richardson, Griffiths, Rees, Stein & Green “Sensitivity to dynamic auditory & visual stimuli predicts nonword reading ability in both Dyslexic and normal readers” (1998) Current Biology, 8:791-797

What can an intelligence test tell?

The Wechsler Intelligence Scale – 111, U.K. is a widely used, internationally normed test which has good correlates to later academic success and certain types of occupational competence, but not other important aspects of cognition such as imagination, interpersonal skills, motor ability such as necessary in sports, games and general body co-ordination or musical ability, creativity or emotional maturity. It is of particular value in specific learning difficulties since it is given without any reading or writing necessary on the part of the child and other research has developed literacy and numeracy norms so that these can be compared against I.Q. Therefore learning difficulties can be diagnosed from the discrepancy between the reading /calculation level predicted on the basis of I.Q. and the observed level, together with known deficits to explain the gap, such as weak sequencing or lack of phonological awareness

At the auditory level some speech sounds may be perceived more easily than others and this can distort the whole word. This is associated with a small delay, (in milliseconds) in the perception of speech sounds. Thus registration of speech is slightly slower, there is a time lag, the individual needs repetition and finds lists/instructions etc difficult to listen to, (these are not connected by meaning so are difficult to hold in mind if there is any auditory perception problem). Background noises tend to be distracting and often the individual develops a habit of not listening since the effort of doing so is too tiring. This affects the ability to pay attention. Sometimes sound therapy evens the hearing curve.

At the visual level the most common perceptual problem is a cellular deficiency in the magnocellular (or transient) visual pathway. Some symptoms are losing lines of text, sore eyes and pattern glare causing perceptual distortions of text, such as rereading, missing lines – all characteristic of Specific learning difficulties. Text to background discrimination can be improved with the provision of a spectrum-specific inhibiting overlay or lenses, monocular occlusion, tracking and magnifying devices or visual exercises.

qEEG, or quantitative EEG, began in the 1970s and early 80s as an attempt to extract from brain electrical activity more information than the normal visual inspection of EEG, which Neurologists analyse. Thus a qEEG should be viewed as an extension of and not a replacement for traditional EEG. Because results may be graphically displayed on a schematic map of the head, the procedure is often called a “Brain Map” Both resting (EEG) and stimulated (EP) data are recorded and are analysed by Professor Kropotov of The Institute for Human Brain Potential. All aspects of brain activity are statistically compared to a database of brain electrical activity recorded on normal healthy children and adults. Other special groups such as Dyslexia, Attention Deficit Disorder, Dysgraphia, Depression etc., have also been grouped in the database to show particular patterns associated with the problem. Age is important as certain processes (for example Evoked Potentials) show typical slowing in processing of stimuli in many types of Specific Learning Disability as well as aging and memory loss. Special Evoked Potential activation stimuli are available to suit special issues (e.g., Dyslexia or ageing).

When obtained these signals are seen to arise from specific deep brain structures and allow for assessment of structures within the brain stem and thalamus. When longer latencies (longer times from stimulation) are evaluated, signals appear to be coming from the cortical mantle.

Unfortunately the complex waveform morphologies from a large set of such long latency EPs can be very difficult to analyse by unaided visual inspection. However with the use of normative databases clinically important abnormality can be delineated within the complex combined spatial-temporal information collected by Evoked Potentials. Thus developmental delay or intellectual decline (suspected dementia); emotional instability/illness or learning disability and/or attentional deficit disorder can be better diagnosed than using subjective interviews or inconclusive psychometric testing..

But it is not only diagnosis that the qEEG is useful for. When it varies from the normal brain activity (decided from 1. the data base and 2. Professor Kropotov’s experience in deciding which is the brain activity of most relevance to the particular client) the aim is to normalise the brainwaves and their interactions by Neurofeedback. This is not always as simple as up or down training aberrant brain waves.

Clinical judgements are made according to the clients previous history, their personality, which area, frequency and amplitude would be most efficient to train for that particular abnormality

A qEEG records brain activity in time so is a closer approximation of real time activity than brain imaging based on spatial information – i.e. where a particular lesion or injury may be in the brain, such as a PET or SPECT scan.  It is an interaction of cortical and subcortical brain activity Usually a person with a specific learning or emotional disability will not have any brain area dysfunction but they may show their difficulty in terms of lack of interaction of brain waves, or insufficient power in their brain waves when they prepare for a particular task, such as reading or maths.

To assist in the estimation of EEG spectral content (one of the most difficult tasks by visual inspection), EEG data are entered into a computer, and spectral content is determined by the use of techniques of mathematical signal analysis (typically by the FFT or Fast Fourier Transform algorithm). One of the first problems was how to visualize results since qEEG typically uses more channels than EEG. The solution was to map the results using coloured grey scaling on schematic maps of the head. To some, such brain electrical activity mapping or simply “mapping” is taken as synonymous with qEEG. However mapping is only a display technique and only the first step. The heart of qEEG lies with the underlying computerized analytic and statistical techniques. Spectral Coherence

A special results of spectral analysis is the measure of coherence between two electrodes. It assesses the similarity of spectral content of two electrodes over time and is usually taken to reflect a measure of “coupling” between brain regions. It is virtually impossible to estimate coherence by visual EEG inspection. Some illnesses may begin with abnormalities of cortical coupling. Several clinicians have reported such abnormalities in Alzheimer’s disease and others have found abnormality of coherence as the best discriminator of mild closed head.

How is it useful