Actress Kara Tointon reveals how she copes with dyslexia – and how her love of reading has developed. 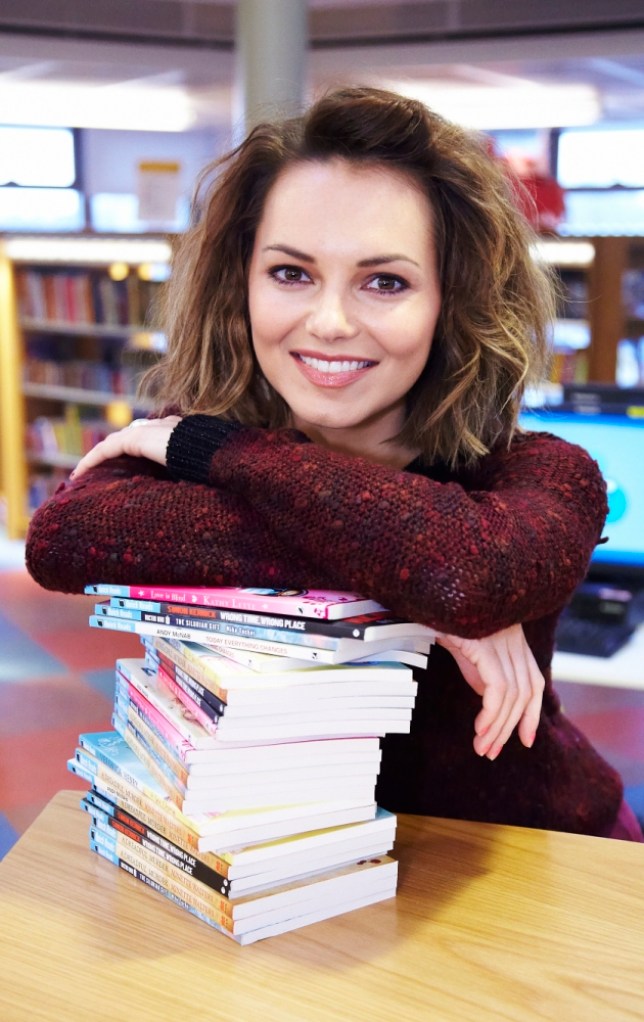 astEnder and Strictly Come Dancing champion Kara Tointon is reminiscing about the day when, aged seven, she discovered she had dyslexia.

‘They said I was dyslexic but I came out of the test feeling great,’ she says. ‘They said I had a very high IQ for someone of my age and I was cross-lateral, which means I don’t have a dominant side of my brain – I write with my left hand but catch with my right. It was interesting. You need to look at the positives in life if you’re going to make the best of things.’

In the photo: Kara Tointon is encouraging more people to read after finding ways to cope with dyslexia.

Tointon, 29, says her early diagnosis meant she was given support from a young age. Her parents enrolled her in drama classes to help bolster her confidence, which is where her acting ambitions started, although she also credits Goldie Hawn as an unlikely early inspiration. ‘I watched Private Benjamin on a loop,’ she says. ‘I thought Goldie Hawn was hilarious and loved watching her.’

Despite the support, she struggled with reading until she learned more about the condition when she made a TV documentary about it in 2010. ‘More people come up to talk to me about that documentary than anything else I’ve done,’ she says.

‘Dyslexia affects a lot of people so I’m interested in anything that can help people with reading.’

This explains why she’s promoting Galaxy Quick Reads – a series of short books by well-known authors aimed at people who don’t usually read novels. ‘Reading is central in expanding your knowledge and confidence and I still get a sense of achievement when I finish a book,’ she says.

As a result of her documentary, Tointon now uses green-tinted glasses to read – she finds black text on white paper ‘garish’ and hard to focus on – and learns her lines by combining them with colour and movement.

‘I write them on different coloured Post-its, put them around the room, then say them as I walk towards them – it works for me.’

Dyslexia isn’t the only obstacle Tointon’s overcome in her acting career. She’s made the difficult transition from being a soap star – she played Dawn Swann in EastEnders for four years – to being an acclaimed theatre actress. She initially found acting work hard to come by after leaving the soap and considered a career change until Strictly Come Dancing raised her profile.

In the photo: Kara Tointon and Artem Chigvintsev were crowned Strictly champions in 2010.

Tointon won the show and briefly became a tabloid regular thanks to her romance with dance partner Artem Chigvintsev – they’re still together three years on.

While others who have found success from reality shows have become features on the TV light-entertainment circuit, Tointon wasn’t keen on following that formula.

‘It’s dangerous – as a presenter, singer or TV personality you can’t go wrong, because you’re always being yourself,’ she says.

‘As an actor, people aren’t meant to see you as you, you’re meant to morph into these characters. It’s hard for people to watch you act when they’re used to seeing you be yourself.’

She held out and landed the role of Eliza Doolittle in Pygmalion, playing opposite Rupert Everett. While reviews for the show were mixed, critics were united in praise of Tointon’s performance – she was described as ‘luminous’ and ‘an actress of truly great potential’.

That must have been nice?

‘It was very nice,’ she laughs. ‘It’s always best to expect the worst because critics can be harsh – and you know they’re out there on press nights waiting to find some way to fault you. But being my West End deb… urgh,’ – the down-to-earth Tointon cringes, stopping herself from saying ‘West End debut’ – ‘…being my first time in the West End it felt like a pat on the back. I was chuffed.’

She says the role has been the highlight of her career so far. ‘There aren’t many times you get a role that’s as intense as that,’ she says. ‘Eliza has a great journey. I don’t know if I’ll ever get another part like that again and I enjoyed every moment of it.’

Tointon followed Pygmalion with a role in Alan Ayckbourn’s Absent Friends last year (‘I looked moody and sat brooding in a chair for most of it but I learned to embrace being on stage all the time not doing much’) and is about to follow it up with another of Ayckbourn’s plays, Relatively Speaking. She also appeared in the big-screen remake of The Sweeney and has another cinema release due with Dougray Scott in Last Passenger.

‘Success is only measured by your own goals and aspirations,’ says Tointon on the most valuable lesson she’s learned while dealing with dyslexia. ‘Some of the most successful people I’ve met haven’t necessarily got the best qualifications, some can’t read but have achieved great things. I find that very inspirational.’